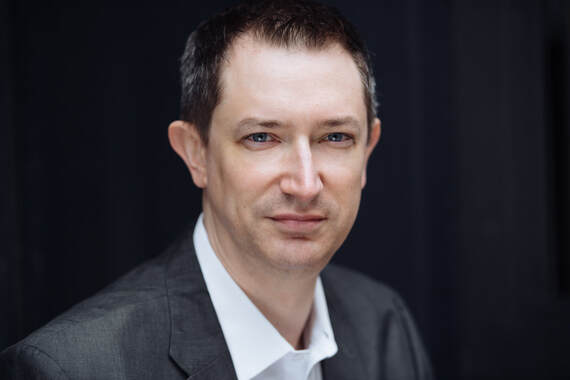 DAVID ŠTECH is the artistic director of the New York Conducting Institute and assistant conductor at Sarasota Opera, Opera Southwest, and the Missouri Symphony. He has conducted the Florida Orchestra, the Martinů Philharmonic, the New Symphony Orchestra (Bulgaria), and others. Štech has served on the faculties of DePaul and Roosevelt Universities, the University of Illinois in Chicago, and the prestigious Manhattan School of Music, where he conducted premieres of student works, played dozens of recitals, and coached hundreds of singers. He has served as music director of American Opera Group, Chicago Choral Artists, and the Astoria Symphony, and is a regular guest conductor at New York Lyric Opera.

In addition to the traditional classical canon, Štech’s diverse tastes lead him to study Eastern European folk music and dance, early music, church music, and symphonic band literature. And after finishing a masters degree in orchestral conducting at Northwestern, he became a conducting fellow with the League of American Orchestras, the Chicago Civic Orchestra, and the Chicago Symphony Chorus. He was invited to Tanglewood where he was awarded the Leonard Bernstein conducting fellowship. Having since worked in various opera houses as a coach, pianist, chorus master, and serving as assistant conductor, he is at home with instrumentalists and singers, and has honed the craft of inspiring their best performances.

Štech has brought interactive performances to public schools and is a respected adjudicator for festivals and competitions. He is the founding artistic director of the New York Conducting Institute, which produces professional conducting workshops, symposia, and conferences, designed to provide opportunities for conductors just entering the field to study with exceptional pedagogues, and to network with colleagues, publicists, and artist managers. Among NYCI’s initiatives is advocacy for female conductors, who are vastly underrepresented.